How to Play “Idiot”

The goal of the game is to get rid of all your cards. The last person left with any cards is the “Idiot” and must wear a funny hat. 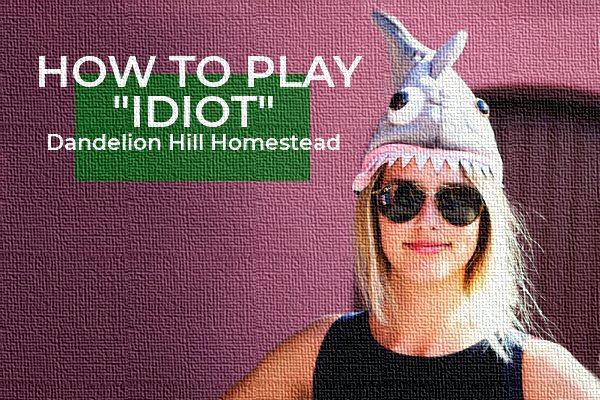 When you play another round and have a new Idiot it’s their turn to wear the hat (handed over with as much pomp and silliness as seems appropriate).

How to Play “Idiot”

You will need one deck of cards for every 2-3 players. (We used 3 decks for 7 players and the games ran a bit long, but not bad. You will need to experiment a bit to find a balance you like.)

This article contains affiliate links. If you click and buy, I make a commission (at no additional cost to you). Thank you for keeping us in playing cards. ❤

You have the option of trading out cards from your hand with the cards showing face up in front of you. (strategy – You will want to choose higher cards, 2’s or 10’s for the piles. Ace is high. Ignore suits. Play by the numbers.)

Put all remaining cards in a pile in the middle as a draw pile. 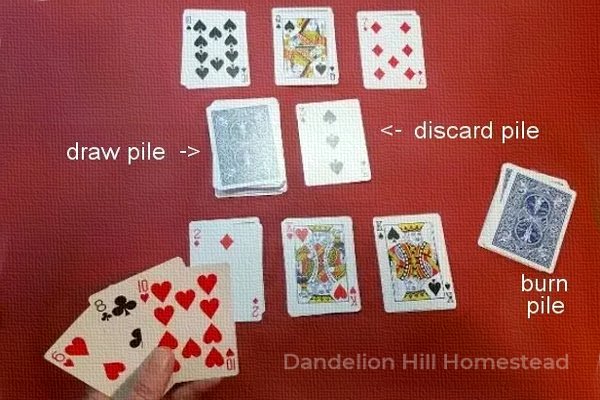 To start play, move to the person on the dealer’s left. If they have a three-card in their hand, they may play it in the discard pile. If they don’t have a three-card, ask the next player. Continue moving around the circle until someone is able to play a three. (If there is no three-card, move on to a four-card, etc.)

With a three-card played, the next player must play a three or higher card. Moving around the table, players must match or play a higher card. If a player cannot do so, that player must pick up the discard pile and add it to their hand. The next player starts play with the card of their choice. (As a strategy choice, you may also pick up the discard pile instead of playing a card.)

If you play a card and draw the same card from the draw pile, you may play it to the discard pile as well and then draw another card.

As you move from playing cards in your hand to playing cards in the piles in front of you, the rules cover the transition. For example, if your last hand-played card is a two (specialty card, see below), you may follow up with a card from your pile. If your last hand-played card is a seven and you have a seven face-up on your piles, you may play both of them.

When you’re out of cards, sit back and enjoy the silly competition.

10 – this is a burn card. All cards in the discard pile are moved to the burn pile (cards are permanently out of play). The next player starts with whatever card they wish.

The exception is the six card. Because “666” is evil, the discard pile is moved to the burn pile when there are three or more six cards. A certain amount of silliness is allowed in removing these cards.

That’s it. The rules are easy. The strategy comes with play and practice.

PIN THIS FOR LATER 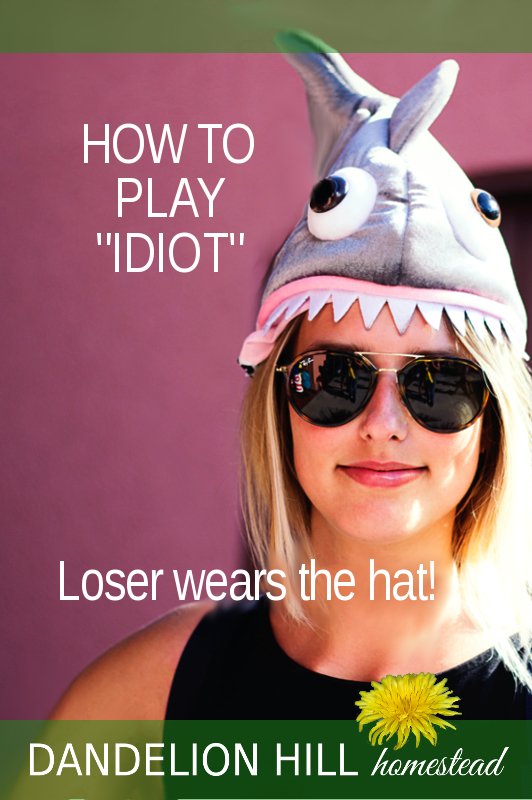